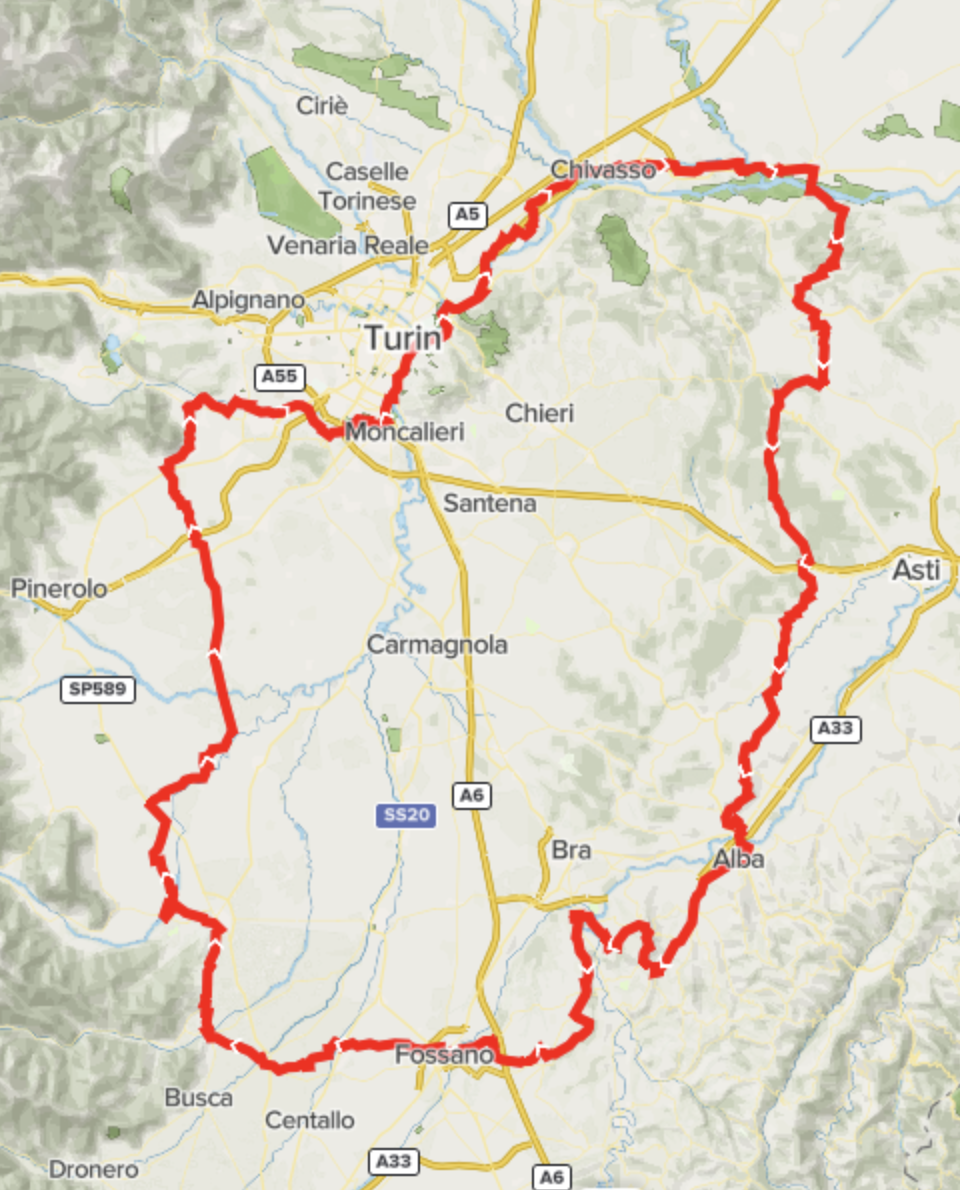 App. 300kms with a permanent view on Mont Ventoux 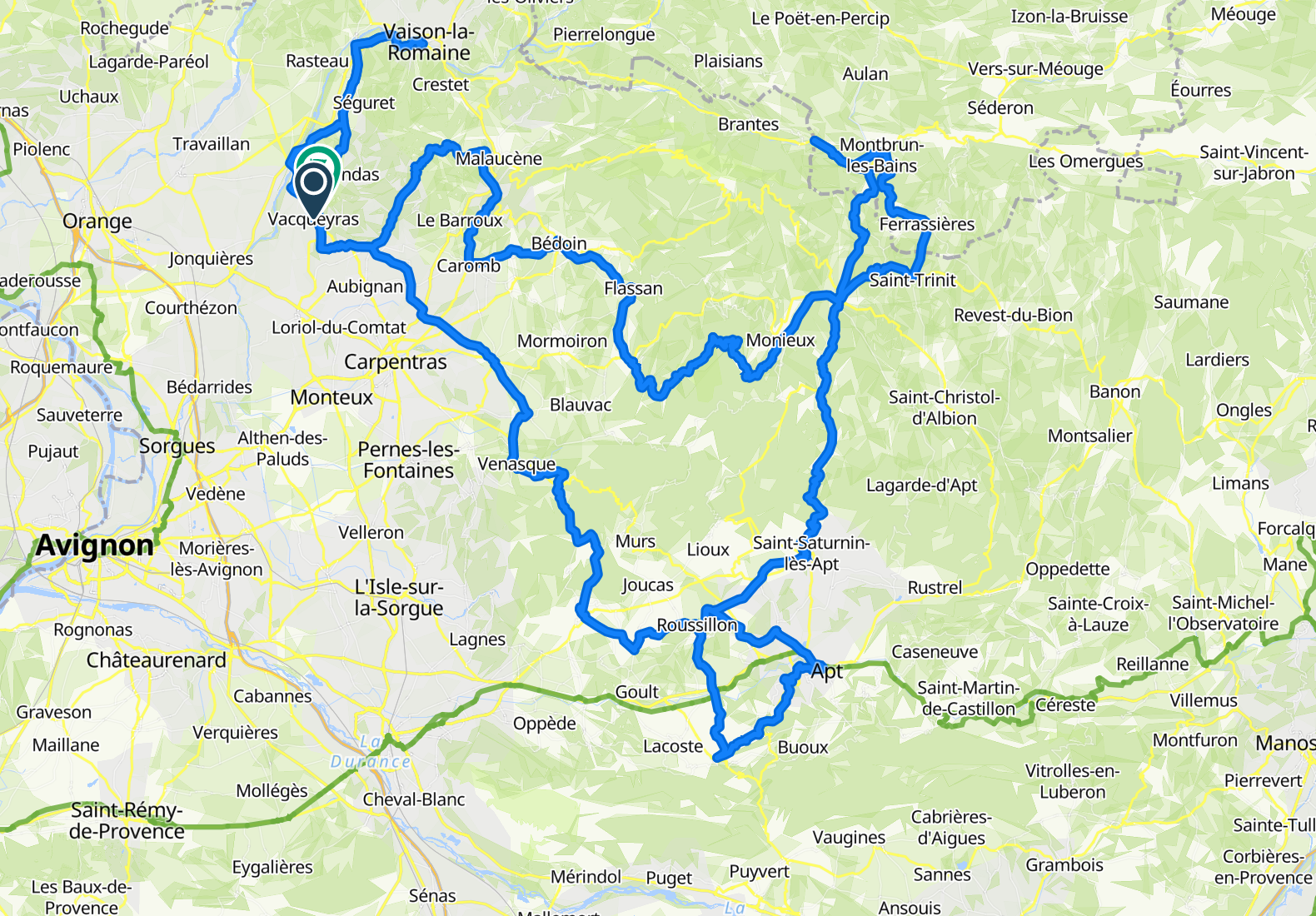 930 kms along the rivers Ruhr, Ahr, Rhine, Lahn and Weser. 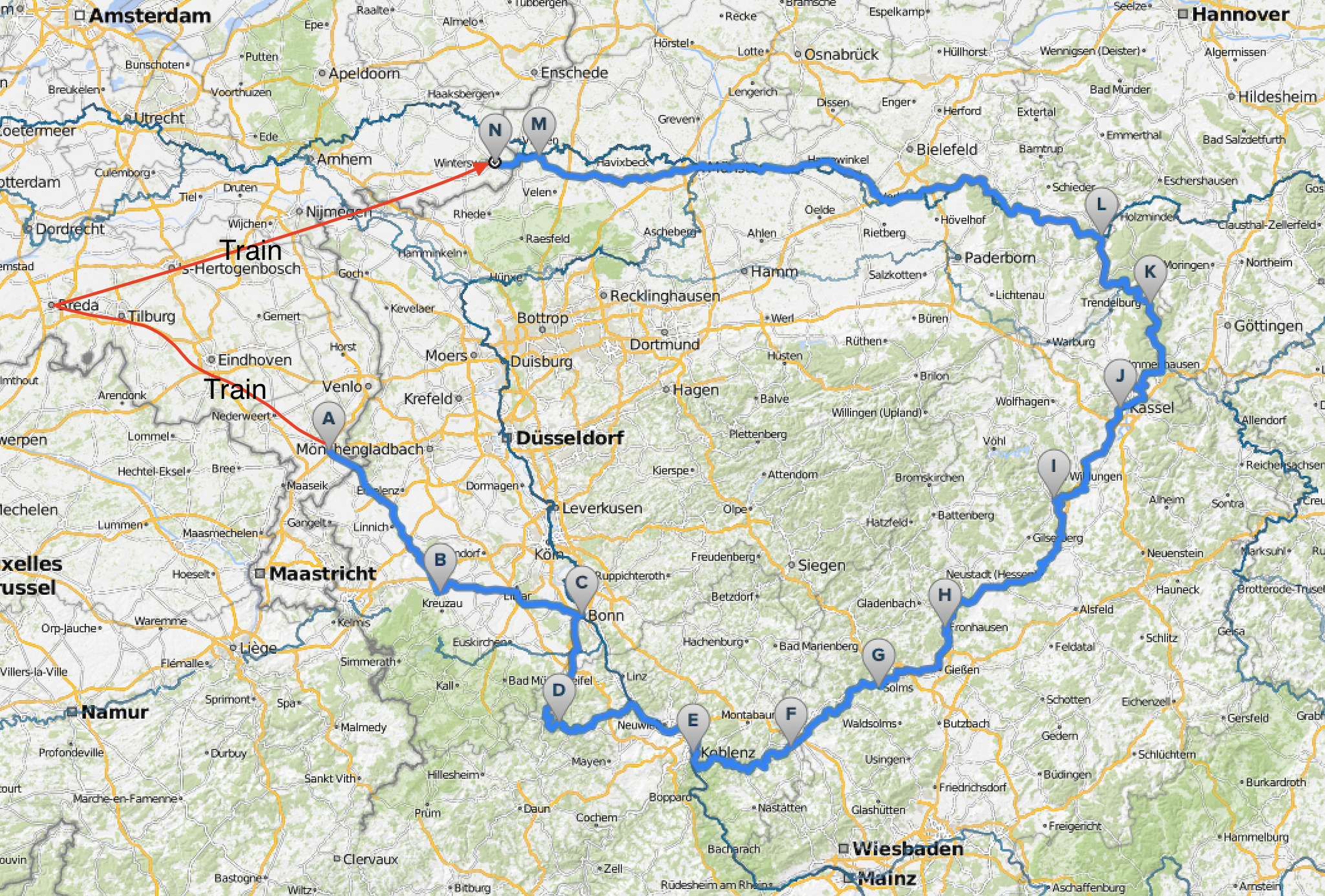 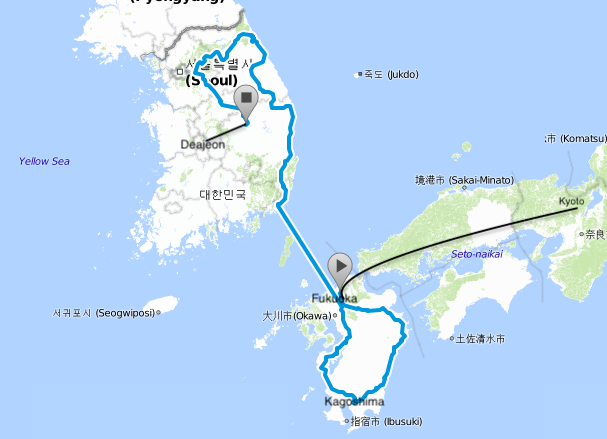 1700 kms, from Havana east to Santiago de Cuba and then a round trip west from Havana.

From home to Iran

8400 kms in 3 stages. The map below is the combination of the routes we rode in 2011 (light blue, 3600km), 2015 (dark blue, 2800km) and 2016 (purple, 2000km) from home far into Iran. In 2011 our ride was interrupted by a bad accident in Greece. We had started at home and got as far as the village of Ierissos in Halkidiki (Greece). There Eveline was struck by a car and had to be taken to hospital. From May – July 2015 we went back to the spot where the accident happened and continued eastward. Via Istanbul we cycled through Turkey into Georgia as far as Tbilisi. Then we flew home from Trabzon in Turkey. In April, May and June 2016 we returned to Tbilisi and continued via Armenia into Iran as far south as Shiraz. 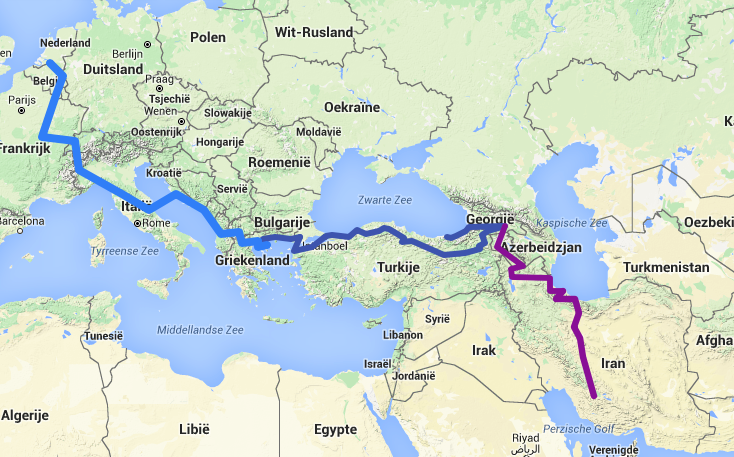 From Gdansk in Poland to our home in Breda, 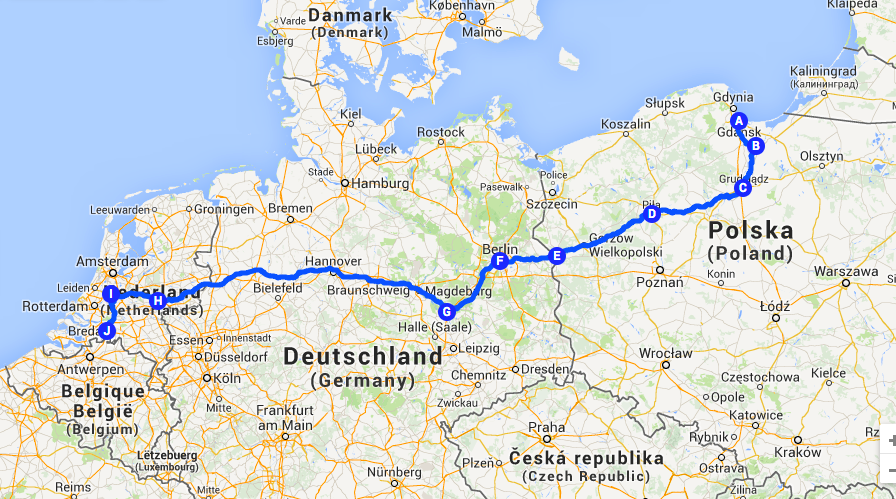 From Chiang Mai in northern Thailand to Singapore, 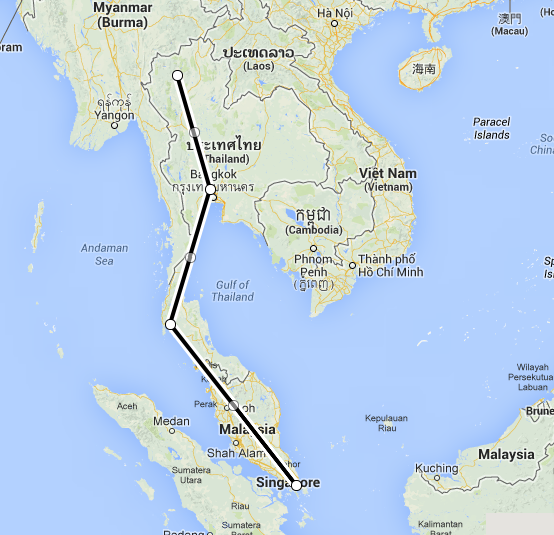 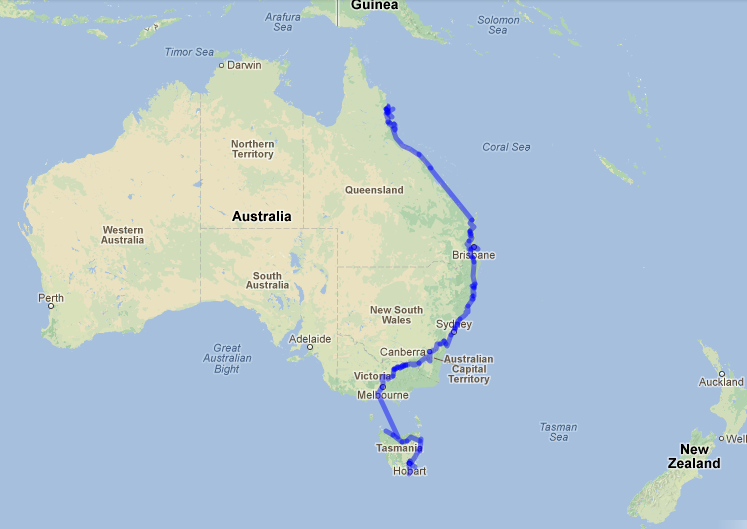 Below is the map of our tour from June to Sep 2011: the first stage of our planned round the world tour. Some 600 kms before we reached Istanbul Eveline was hit by a car and was taken to hospital. End of our trip. The accident happened near Ierissos, Halkidiki, Greece. We had done 3600 kilometers, total ascent 29800 meters. 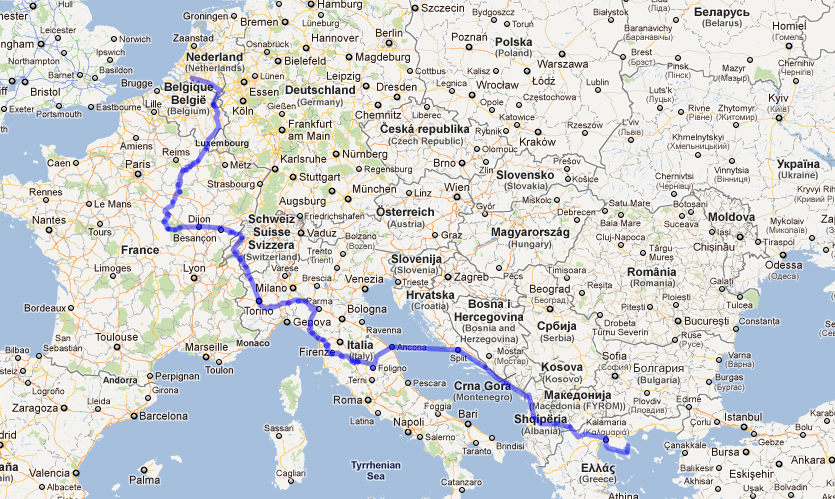 Below: Summer of 2010, Austria, Slovenia, Croatia, Italy, Switzerland, Germany, 2600 kms, over the Alps back and forth: 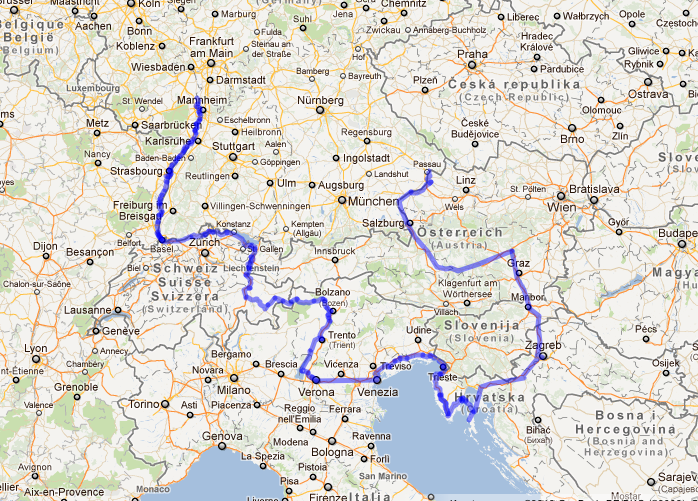 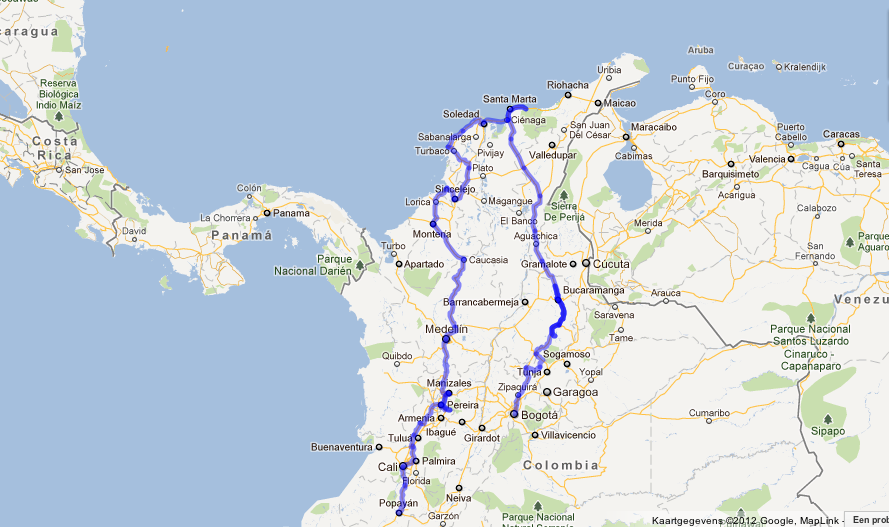 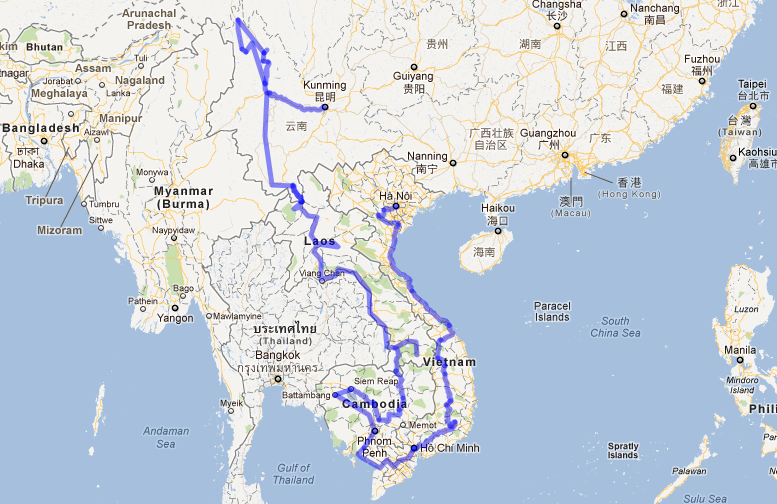 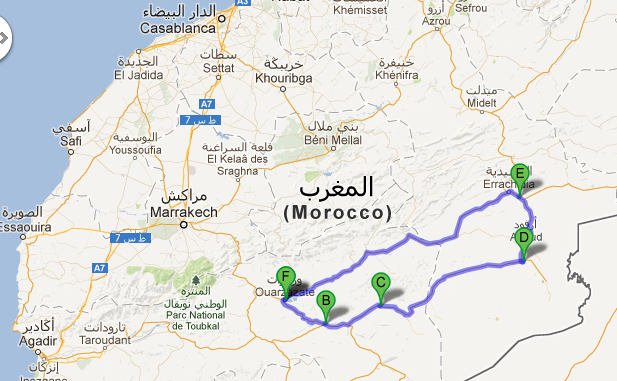