We are Frans and Eveline. We live in Breda, the Netherlands. We used to travel the world by bicycle. Now, as we are a bit older, we have settled a little bit more and only make short trips.

We have been together for many years and among other things traveling has always been a favorite pastime during our holidays. After having explored Europe in our little Renault 4s in the 70-ties, including the countries behind the iron curtain (quite an adventure in those days), we made many mountain trekkings in 4 continents. We wandered in the Alps and Pyrenees, stood on the top of Kilimanjaro, hiked in the Himalayas and Andes. At the beginning of this century we took to the bike. Since then we have cycled in Europe, Africa, Asia, South America and Australia.

Frans is retired after a lifetime in education, Eveline stopped working in 2012 after a 47-year career in health care and welfare. So there’s lots of time to ride our bikes and in doing so explore the world and meet people.

In 2011, after having cycled in many countries already, we had planned to ride round the world. So we put our house up for sale and set off in easterly direction with the intention of returning from the other direction after an indefinite period of time. To our regret this went very wrong after a couple of months. In mid-September on the peninsula of Halkidiki in Greece Eveline was hit by a car and she had to be taken to hospital by ambulance. Her left arm appeared to be very badly broken. But, much worse, the scans also showed that she had lung cancer.

To make a long story short, in the summer of 2012, after a series of surgeries, radiations and chemo-treatments, we could leave all this behind us. We made new plans. We abandoned the round the world idea, also because a first grandchild was announced. Since then we have made long tours again on various continents. In 2015 we went back to the place of the accident in Greece and continued through Turkey to Tbilisi in Georgia. In 2016 we rode from Tbilisi via Armenia into Iran as far as Shiraz, from January up to March 2017 we toured through Cuba. Our last long and far-away tour was a combination of one month Japan and one month South-Korea, early 2018. In 2019 we toured in Germany and France. In 2020 we had planned a 1000km-ride in Spain in June, but the corona-crisis prevented us from doing so. But we managed to make short tours through Flanders fields in July and in the Belgian province of Limburg. In July 2021 we travelled in our full-electric car to Piemonte (northern Italy), were we met with our good friend Gino and made an eight-day-tour on our e-bikes. In 2022 we camped on various campsites in mid-Germany in our new family-size tent. From there we made several day trips on our bikes.

If you’d like to follow us during our journeys, just click in the buttons bar above (or do it here) on  English blog or just browse through the photos. 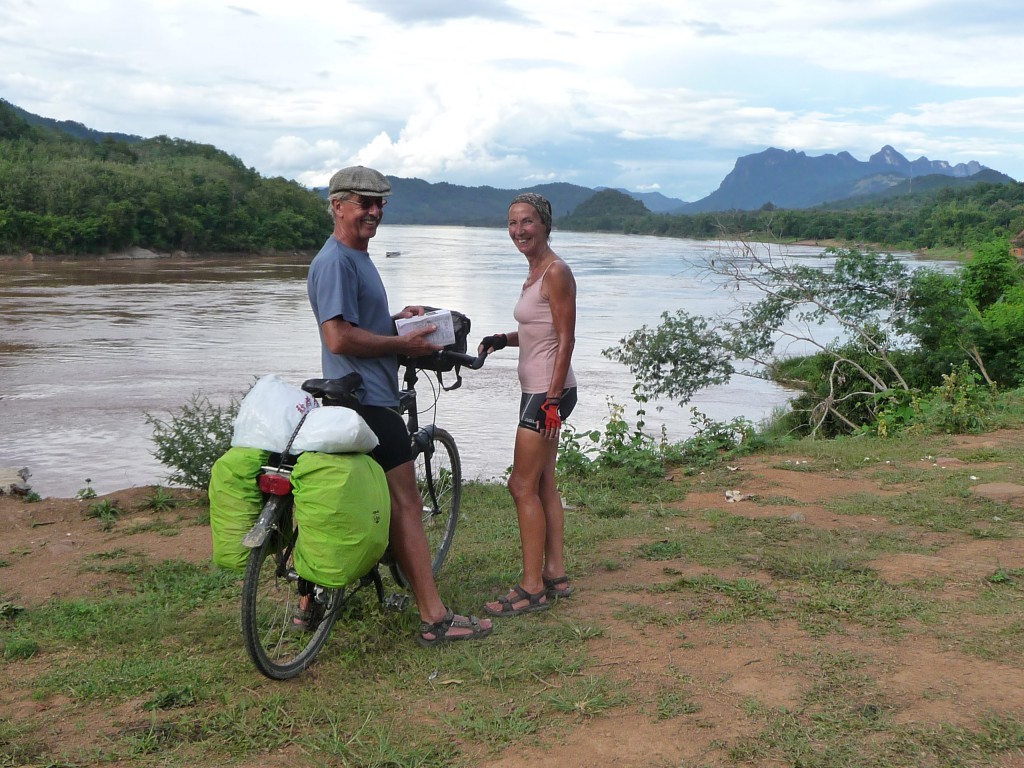 Along the Mekong near Luang Prabang, Laos.

To contact us via private e-mail, use the form below: